What is the difference between Augmented Reality (AR) and Virtual Reality (VR)?

Home/Blog/What is the difference between Augmented Reality (AR) and Virtual Reality (VR)?

What is the difference between Augmented Reality (AR) and Virtual Reality (VR)?

Our modern life has grown to depend on technologies that blend digital life with our regular ways of existence, primarily with the involvement of Augmented Realities and Virtual Realities. Both AR and VR have allowed us to explore new depths and discover aspects of our modern life that we otherwise wouldn’t be able to do.

Throughout the course of this blog, we will understand how AR and VR contribute to the processes in our daily life as well as identify the differences between the two.

What is Augmented Reality (AR)? 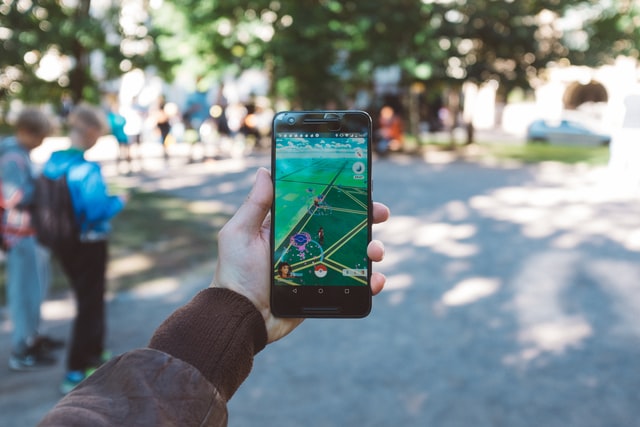 Let’s take a simple EURO 2020 match; and let’s assume that England and Italy are playing in the Semi-Finals. Apart from the fact that this would be a heated match, home viewers watching the game on the Smart TVs, would want to know every detail of the game in instant time.

With Augmented Reality, score overlays, pop out 3D photos such as the team’s line up, standings and such like, together with sponsor banners and any other form of TV marketing, would need to be configured with an AR feature.

AR is the streamlined blend of the digital world and the physical surrounding it is overlaying; when Harry Kane’s image appears on the screen, during England’s line up; his image is perfectly blended into the screen, without any doubt that he belongs to the artificial environment created.

How does AR work?

AR is a technology that makes use of computer vision, mapping and depth tracking to generate the right content for the user. It does this by means of its cameras that collect and process data in order to send the right content to the appropriate user.

This set-up enhances the user’s physical environment in real-time. You can experience AR with your smartphone or even special hardware.

Pros and Cons of AR

Understanding the advantages and disadvantages of AR could allow you to fully understand how the technology works and whether it could be used to your educational, business or entertainment benefit. Here are the pros and cons of AR:

Where is AR used?

Seeing as AR is still a new feature in modern technology, its use and application is still finding its way into mainstream usage, some of the application to which it has successfully adhered to include:

What is Virtual Reality (VR)? 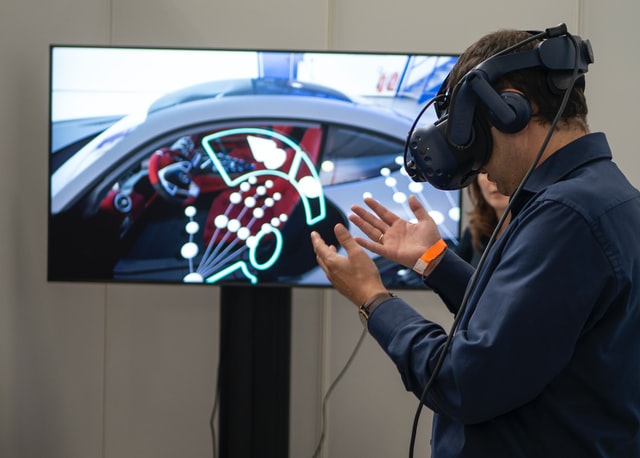 VR is a fully immersive experience that allows the user to undergo a real-world-feeling. Let’s take PS4’s VR features.

When using the VR glasses with your PS4, there are so many options you can choose from when it comes to scenarios and experiences. The most impressive is the broken shark tank, or perhaps the rollercoaster.

When users slip on the VR glasses and begin on their adventure, you can actually note panic, frustration, fear and of course sheer entertainment that boost the adrenaline and makes for a family-fun experience.

VR can also be used in the education and medical sector for training and exposure purposes, and has proven to provide a true first hand experience in the development of both children and adults in comparison to only-textbook approaches.

How does VR work?

So as to experience the full immersion of VR, users must wear a headset or goggles in order to blind themselves from the outside world and focus entirely on the fictional reality that they are choosing to follow.

During this process, two lenses are placed between the screen and the user’s eyes. This is then positioned for the optimum performance level and visuals can be improved by means of an HDMI cable connected with PC or mobile device.

Pros and Cons of VR

Recognising the pros and cons of VR will allow you to better understand the benefits that the technology can provide, as well as identify the disadvantages that could arise through its consumption. Here are some of the advantages and disadvantages of VR:

Where is VR used?

VR has found its way into mainstream entertainment, with big, influential developers and providers making use of Virtual Reality technology to improve its user-experience and customer retention. Some of the most important applications of VR can be seen in:

What are the key differences in AR and VR?

If you’re looking at VR and AR side-by-side, you will most definitely notice the differences in the technologies and appreciate each for their prowess and ability. Here are the key differences:

Can AR and VR work together?

Thinking that AR and VR cannot work together, bringing the good of both their technologies and meshing them together, would be a mistake. Of course the technologies that both AR and VR offer are different from one another, but when they are both brought together to compliment one another, the results could develop a new dimension of the real and virtual worlds, bringing interaction between these realities.

Augmented Reality (AR) and Virtual Reality (VR) are two technologies that both provide educational and entertainment options to our modern life – they can each function individually and when programmed in the right manner, work together for a heightened experience.